I have received a complaint about this post potentially advocating drug use- to be very clear, I am not. Norwegians call a hard training session a “syrefest”, directly translating to “acid party”, which of course has connotations in english that are so far from the eat, train,sleep lifestyle of an elite endurance athlete that I felt it to be humorous.

I hope you were lured in by my VICE news inspired title, perhaps my blog will become clickbait!

In Britain people tend to get pretty excited about the Olympics, at least it seems that every four years there is a sudden rush of enthusiasm, even for weird sports like ours! In line with the Olympic spotlight this is an exciting time to be a British cross country skier, in May we were joined by two new coaches, both with a wealth of experience in coaching some of Norway’s (and therefore the world’s) best cross country skiers. So whilst, in an effort to save miniscule amounts of money in an attempt to make living in Norway affordable, I’m still rescuing from the bin bits of food deemed inedible by my more frivolous Norwegian friends, I’m now being coached by one of Norway’s most sought after coaches, Hans Kristian Stadheim. 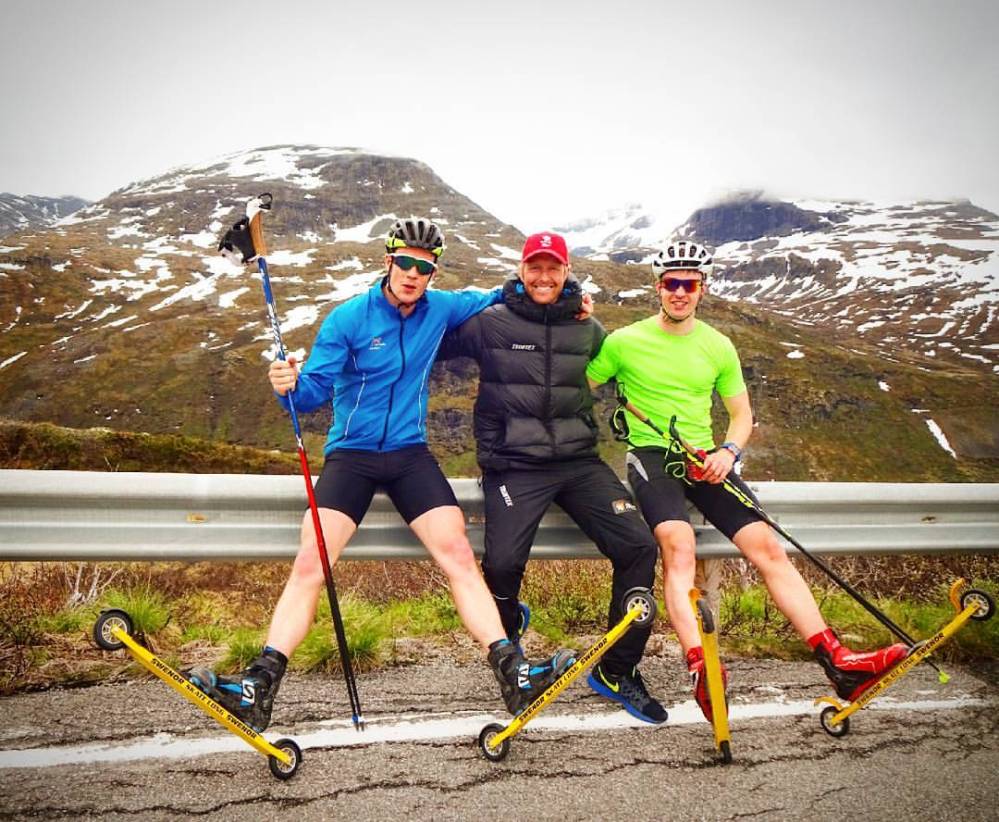 It’s with absolutely no disrespect to Roy, my previous coach and current team leader that I believe this could make a huge difference to my skiing. Roy’s coached me since I was eleven years old. Whilst having formerly been a rugby player with no racing experience himself, he somehow managed to accumulate the knowledge on technique and training to coach a group of mouthy, knock kneed kids from north east Scotland to racing on the worldcup and at the Olympic games.

With a new coach comes new ideas and a sense of a fresh start. With recent years of training on my own on rolling Aberdeenshire and Edinburgh roads and hills, I’ve got very fit, able to run respectable track times despite being on the chunky side for a runner, and on moving to Lillehammer last August I found I was able to keep up with some of the best in the world on rollerski sessions at lactate threshold intensity (about 90% of max hr). I still just couldn’t quite produce the goods when it came to racing in the winter, never feeling totally prepared for that extra speed and effort. Part of the reason cross country skiing is so notoriously physiologically demanding is due to the uneven application of the effort in races, you don’t hold an even tempo like you do in, for example, a running race. You climb for two minutes at close to max effort prior to a short 20 second downhill to allow your legs to stiffen up before you start the the next climb. It’s exactly the part about swimming in lactate with what feels like your quads being torn apart by a cheese grater that I struggle with. Looking back at my logs I guess I haven’t really trained for coping with high lactate levels, but 20 minute efforts rollerskiing at controlled effort below 90% heartrate? I’m your man.  So in short, this summer, alongside making some pretty significant changes to my technique, Hans is trying to turn me into a lactate guzzling ski racer. Much like anything else, for your muscles to get better at coping with lots of lactate, they have to practice…So far that’s involved spending a lot of time on a treadmill at the sort of level of physical exertion that makes you want to implode, having a minute’s rest, and then going back there a few times. However, it’s also involved a lot more rest and constant adaption to the plan based on how my body is responding, hopefully the key to making sure I have enough energy left to be a fast skier in the winter and not just a semi decent runner in September!

I’d like to say a big thankyou to Insight Health Screening who are sponsoring me this year ahead of Pyeongchang, I took director Chris out for a rollerski lesson along the Swansea seafront earlier in the summer and afterwards he very kindly persuaded his colleagues that my Olympic campaign was worth supporting. I’m trying my best to secure more sponsorship to help cover the costs of this important season, if you’re interested please don’t hesitate to get in touch, I have advertising space available!