The British Nordic Ski Team changed management this spring. Transferring from being run by, primarily, volunteers in the British Nordic Development squad, being supported by SportScotland, over to the governing body, British Ski and Snowboard. It was rather unclear what these changes would bring, but a large injection of cash the previous year, ring-fenced to employ two new full time coaches seemed like a good omen!

In the middle of April I received an email to inform me that I’d been deselected from the elite team on account of missing the FIS point based selection criteria by 4 points. Now this was a surprise to me, but it was completely true. I’d had a very disappointing season, plagued by illness and injury, in addition the entire season had been focussed towards the Olympics- so my racing plan had been heavily reduced in order to prioritise training, under the guidance of my new coach Hans Kristian Stadheim.

I didn’t panic particularly. In previous years, those selected to the performance team received almost identical opportunities to those on the elite team, with the exception of reduced access to the two new coaches for personal follow up.

I put in an appeal to the selection panel, laying out the facts of my case

*I was ill or injured for four entire race weekends, whether or not this was a result of a significantly altered training programme it is difficult to say. In previous seasons it’s been rare for me to miss more than one race.

*My race programme was heavily limited, with the best intentions regarding performance at the Olympics. I bought in 100% to the programme set by my newly introduced BSS coach.

*Both athletes on the 17/18 elite team who had not previously worked with the new coaches have both lost their places on the team following a sub-par season.

*The 2017/2018 and 2018/2019 seasons were my first ‘back to back seasons’, uninterrupted by full time study in the UK and hence my progression in training had been excellent until I began encountering problems with Illness in November.

I received the following reply:

I heard no murmur of support from the new team coaches. A few weeks later I received a Facebook message from Jostein, the other BSS coach to inform me there would be no support whatsoever offered to athletes assigned to the performance squad. All training camps and race costs would have to be covered by the athletes themselves. The team’s funding was to be directed solely into the ‘elite squad’. They would however, look at my training program if I wanted – ‘even though they weren’t really getting paid for this’.

Unfortunately, this forces me into a position where I have no real option to carry on pursuing racing at the highest level. The sport is so small in Britain and the costs so high, one realistically has to relocate abroad for at least half of the year, before the costs of training camps and races. I’ve put a lot of effort into pursuing sponsorship and grants over the years as well as taking up part time work where possible, I’m hugely grateful for all the contributions I’ve received towards to pursuing my dream – paying for a full season would be another level entirely. We’ve been very lucky on the British team to have had races and training camps covered by the team’s funding for so long, not all teams have this luxury. But then if you come from a ski mad neighbourhood in Colorado, it’s plausibly slightly easier to seek commercial sponsorship.

As I see it, coming from Britain, unless you are the beneficiary of some enormous trust fund, cross country skiing as a laughably expensive sport to attempt to pursue without the hope of some support on the way to making the top level of the national team. Perhaps BSS could see that I was a hopeless case in having a slightly sub-par year under their new system, and that I really wasn’t worth investing in, at 25 with solid physiological numbers, after my second full time season after finishing university. If that’s the case, I disagree, but can also understand that I am statistically fairly unlikely to win an Olympic medal, if that’s all it’s about.

In all honesty though, it seems that the logic behind the decision is more muddled or perhaps even non-existent, I feel that the likelihood is that BSS simply don’t understand the situation. If it’s a case of shortage of funds, I would perhaps have tried to support both squads (6 qualified athletes), employed one Norwegian ‘head coach’, one British coach – for example Alex Standen (It should be noted both of athletes Alex personally coached last year moved UP to the elite team) who could have responsibilities both for team athletes as well as some development work in the UK. And continued to work with support staff (Physio, S&C, nutrition) from the Scottish Institute of Sport on camps, those who we’ve collaborated with over the last 3 Olympic cycles. Instead of paying two full time Norwegian salaries and an entourage of these coaches’ friends to support a team of four athletes.

I started skiing more or less by complete chance. I’d never even heard of cross country skiing prior to being dragged along to an open day at the Huntly Nordic ski centre by my parents, following an invite from some family friends. I’ll have to admit, I wasn’t completely sold initially – plodding about on astroturf on skis seemed like a pretty weird hobby, but everyone seemed very enthusiastic so I went along for another shot. Over the next 10 years I collected quite a stack of train tickets to this sleepy town with an artificial ski track, a bi weekly commute to go and bomb it round as fast as I could, a big group of kids pushing each other on, all under the instruction of the chap called Roy. Later, I got to compete all over the world, still under the watch of this bloke Roy and the support of those that got me clipped into my bindings for the first time at Huntly Nordic and Outdoor centre. I’m forever indebted to Roy, SportScotland and all those who helped me out on the way to my two Olympic games, not least to all my team mates and training partners for making it so much fun!

I really hope someone else gets to have a similar adventure and that BSS’s grand plan for making Britain a top ski nation doesn’t simply involve scouring results lists for established racers with eligibility for a British passport. 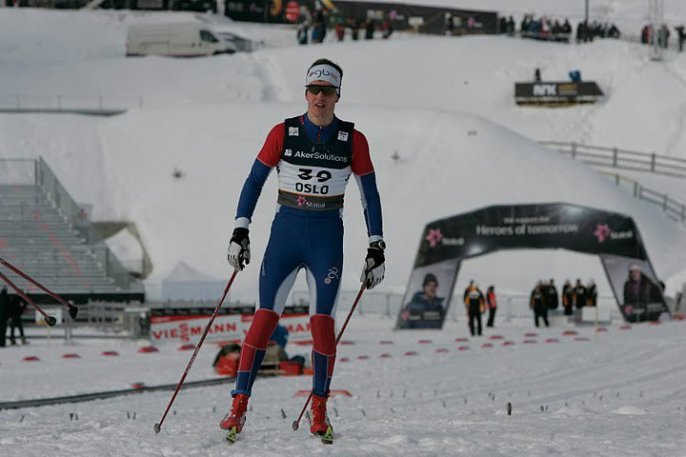 To know that I’ll no longer be devoting 24 hours a day to the cause of shuffling around on two planks of wood a few seconds faster is both exciting and terrifying in equal measure. In many ways it’s also a massive relief. I’ve no intention of giving up training or even competing any time soon, but to knock them down the ladder of priorities makes room for other passions and new pursuits in my life. Later this week I’ll be starting a job at Yara International in Oslo, my first full time job related to my studies – for this I’m very excited! I hope I can give something back to skiing in the UK, I’d like to start doing a little bit of coaching for the kids in the development squad if I can. It sounds bizarre perhaps, but I’m also very much looking forward to spending more time outdoors. Ski touring, mountain biking, cycling, climbing and camping aren’t things I’ve had much time or energy (or money for that matter!) for whilst training full time, or even more so, training full time and studying full time! Last but not least, having time for my friends and family will be a welcome change – skiing has been a big commitment for me, but also those closest to me, this year I’ll be spending Christmas with my family for the third time in the last 12 years!

I want to say a massive thank you to Huntly Nordic ski club (particular mentions to Roy & Eileen Young, Frank & Hilary Musgrave, Pete & Sandy Thorn, the Barrons and the Newmans) for getting me going in the first place and supporting me all the way. The Scottish Institute of Sport for making it possible at all and helping me back from all my injuries, particularly Catriona Munro and Kelly Horne. The University of Edinburgh and Winning Students. Kai Henning and Thrine Måbo, my landlords in Lillehammer who graciously helped me out with everything from race waxing to car pulling. Inverurie youth sports foundation, Vind Idrettslag, Drillmar, Insight health solutions and all my crowdfunding supporters who made invaluable contributions to my last two seasons. Most of all, thanks to my parents, Euan, my partner Andrea for their support and all my friends who have reached out to me the last months whilst I’ve been trying to work out what on earth to do with my life, following a rather sudden change of direction.